Rescue of the anchor 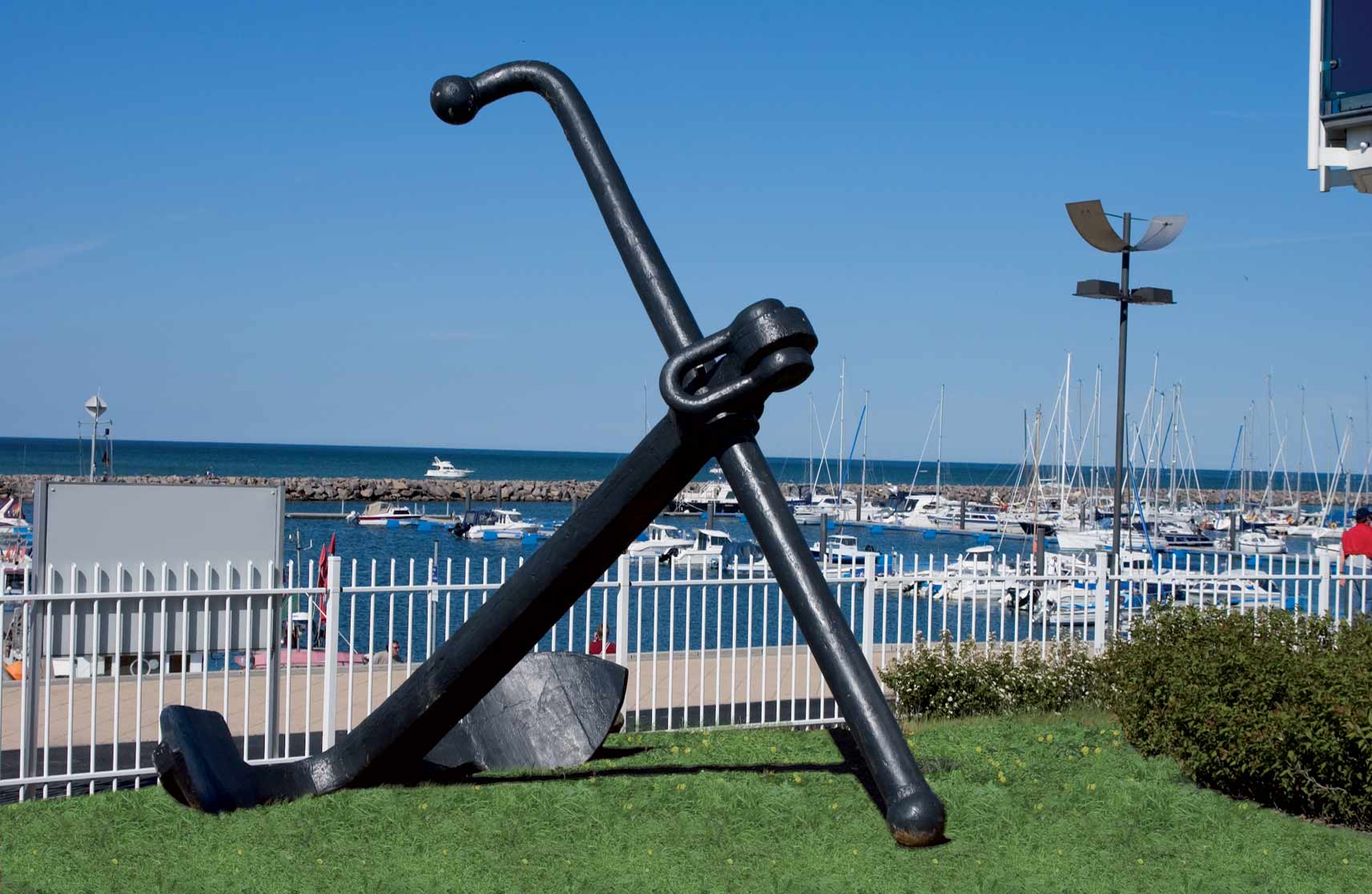 In November 2005, the anchor was found on the junk yard of the Jade-disposal GmbH in the Rostock port. Its condition was wretched: It was completely rusted and studded with colour dots. It was 3.140kg and we could not find out anything about its history. The anchor number cannot be deciphered but it probably is ‘3000 kg – N366 – GOCT 766 61 – 1975’ (We are always happy about hints).

At first, the anchor had to be moved with an extra-wide transportation vehicle to the constructional steelwork Vielist BmgH near Waren/Müritz where it was de-rusted, sandblasted and covered with a protective layer. After it reached the Strandresidenz-Kühlungsborn and was placed in the garden. The metalsmith from the ADEM-atelier added missing pieces so that the anchor can now be viewed in all its magnificence.

2007, the anchor was moved to the western side of the Strandresidenz. Now it acts as the maritime entrance to the port. The famous FRAM, polarship of Fridjof Nansen wore a similar, although much smaller, anchor. The German ship ‘Passat’ supposedly wore a 600kg heavy and 1,70m tall anchor.