Tips for trips around

There are many interesting things to see around, for big and small explorers

The Münster in Bad Doberan is one of the most important gothic buildings in Germany. It was started being built in 1280 and its original intent was for the former monastery only 12 km away from Kühlungsborn by the ‘street of the brickgothic’. 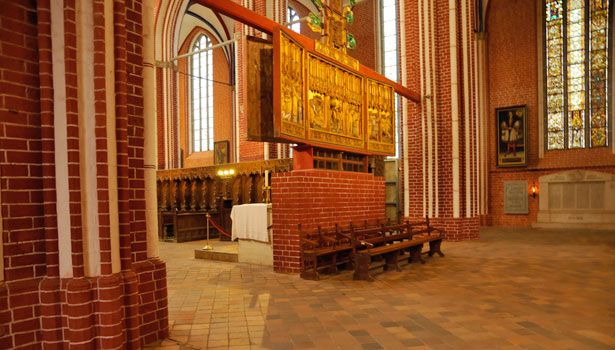 The Münster in Bad Doberan

The monastery was once of highest political and societal meaning as it was owned by a lord. In no other monastery in Europe one can still find the rich medieval features as here. Most impressive are the old altar, the oldest German sacrament tower and the portrait of the Danish queen Margarete Sambiria; all manufactured between the 13th and 15th century.

he landlord, member of the evangelic-lutheranian Church is engaged in the restoration of the Doberan Münster. We would love to organize a tour for our guests, depending on your interest. There are often classical concerts in Münster. More can be found on www.doberanermuenster.de 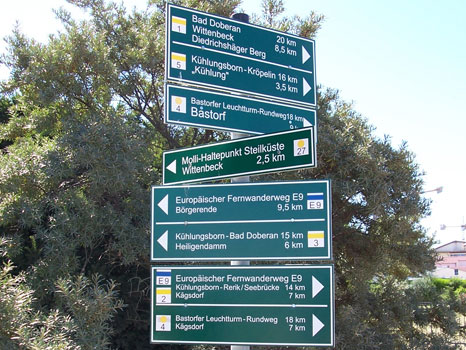 We are hikers (in moderation) and if our guests are interested we would love to go fr a hike with them. If you would rather become acquainted with the surroundings in a more relaxing way, we advise for a carriage ride (with a possible picnic).

Enjoy the nostalgy of steam trains

A tour with the steam train ‘Molli’ is not only interesting for kids. The history dates back to 1886. Since, it has delighted over millions of visitors, including prominent figures such as Federal president Horst Köhler. ‘Molli’ drives from Kühlungsborn all the way to Bad Doberan, even through its beautiful city centre. Almost every hour (in winter every 2) and drived at 40 km/h. In ad Doberan you can catch trains to Rostock and Wismar.

Of course we would convey different experiences on the ‘Molli’ for all train lovers, e.g. ‘conductor duties’ or driving in the conductor house. More information, technical information and many pictures can be found on www.molli-bahn.de.

Blacksmith art as a souvenir

From the blacksmiths Marcus and Klaus Grosser of the ADEM-atelier in Satow, we have reseived countless art pieces which are now in the Strandresidenz. For example the staircase with our family crest and integrated original anchors. They were also involved in the restoration of the giant anchor outside our house.

Both artists are open to letting you see how they work and work together with you on a little something, e.g. as a souvenir for friends back at home.

The traditional racetrack in Bad Doberan

On 10.8.1822 the first race with through bred horses with fixed rules was held here. The winner was given a silver cup by the duchess Alexandrine. Since then, every year the Alexandrinenrace happens here. It is the oldest classical through-bred horse race in Europe. Popular for women is the Ladies-Day where the most beautiful hats are premiered.

Its official name is Leuchtturm BUK and is being operated by the WSA.

It is situated at the headland between Rerik and Kühlungsborn. It is at around 78m above sea level. The building height of the brick tower is 20.8m which makes the fire hight at 95.3m. This makes it the highest fire height in Germany. At good weather, one can see as far as Denmark and Fehmarn. A panoramic Cafe invited to a relaxing afternoon.

We love helping our guests!

We always love helping our guests (If they wish so!). If you have any special requests, do not hesitate to ask us and we will find the right contacts.

Usually you can take a bike. In the morning and afternoon there is also a saloon wagon with dirnks and different snacks. More information and current timetables can be found on www.molli-bahn.de.

Before and after the Molli runs, a bus runs the same track. It also stops by European’s oldest horse racing-track.

Stops of the bus: